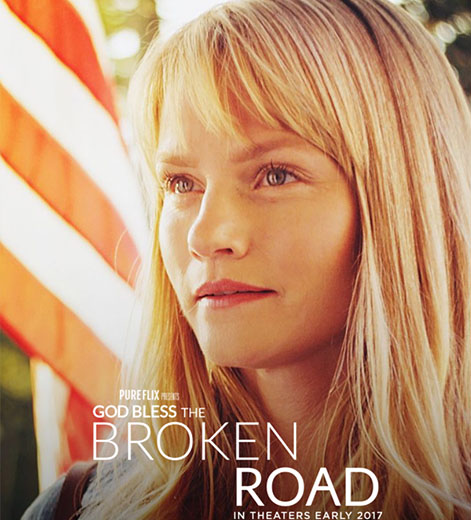 Los Angeles, CA   May 5, 2016 – All American Licensing announced the inking of a comprehensive representation agreement with the producers of the upcoming faith-based theatrical release, God Bless The Broken Road. AAL plans to develop a unique licensing program that will focus on some of the iconic, redemptive and faith-based elements of the movie.  The arrangement will also include product integration for the theatrical release as well as consumer product goods licensing.  The film is produced by 10 West Studios, Inc., and Pure Flix Entertainment will distribute. GBTBR is directed by Harold Cronk, the director of God’s Not Dead, and God’s Not Dead 2.

Stephen Afendoulis, executive producer of GBTBR, stated, “It was All American Licensing’s prior licensing with the studios that engaged us, and especially with their work with Mel Gibson’s The Passion.   From the initial contact into production, All American Licensing has become an integral part of our executive team providing appreciative resources and expert advise.“

Michael Gottsegen, co-founding Partner at All American Licensing, commented, “Our new partnership with 10 West Studios will permit us to provide brand extensions for viewers that will transcend the movie going experience.”   Tim Rothwell, co-founding Partner at AAL, also added that, “working with 10 West Studios and Pure Flix is a passion project for us.”