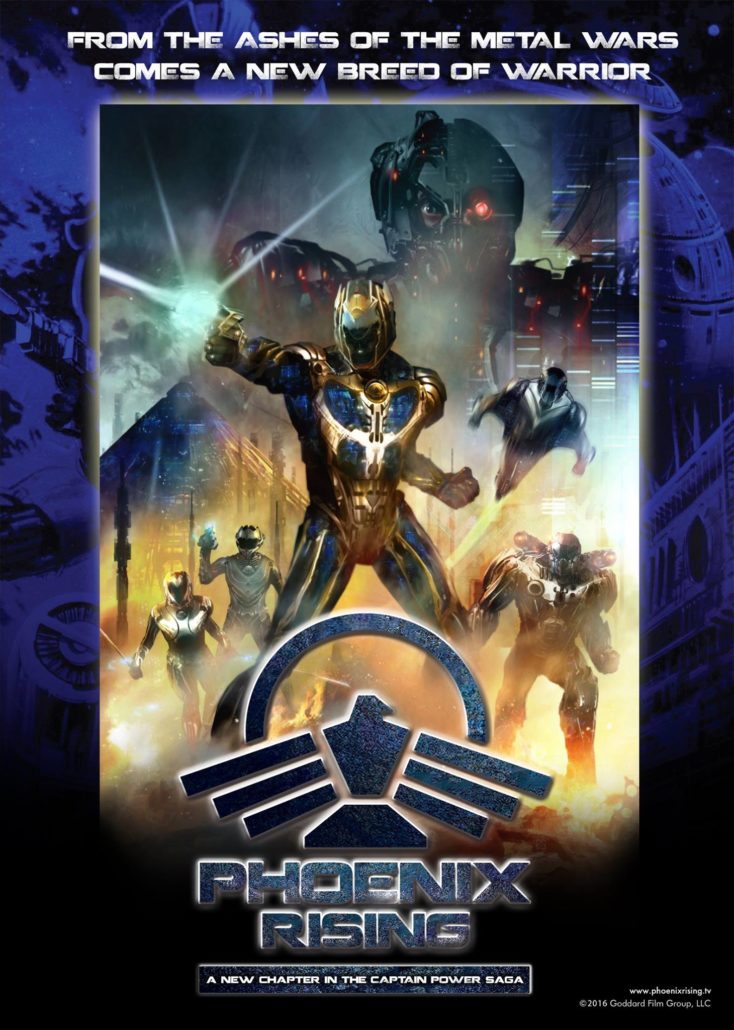 (Universal City, CA) August, 2017 – All-American Licensing has signed on to represent Goddard Film Group for the exclusive licensing rights to Captain Power and the Soldiers of the Future.

The original Captain Power revolutionized television in the ‘80’s by being the first weekly series to combine live-action and computer animation in each episode.  It was the number one weekly television series in its demographic in first-run syndication.  Goddard Film Group is planning to reboot the iconic series with Captain Power: Phoenix Rising, as the 30th Anniversary of the classic episodes is in September of this year.

Michael Gottsegen, Co-Founding Partner of AAL stated, “As a fan of the Show, we are very excited to represent this iconic television series, and combined with today’s AR and other expanded digital platforms, our plans are to develop a comprehensive line-up of products to introduce a new generation and new tiers of retail to the next evolution of Captain Power.”

Roger Lay, Jr from Goddard Film Group stated, “We are looking forward to working with All American Licensing. They have a clear understanding of the groundbreaking nature and the continued appeal of this property. Captain Power was ahead of its time in both the storytelling and the technology employed to produce the original series – we now have a wonderful opportunity to fully realize the concept’s potential. All American Licensing has come up with a strong, multi-faceted approach to re-introduce the brand and pave the way for the next chapter in this expanding saga.”