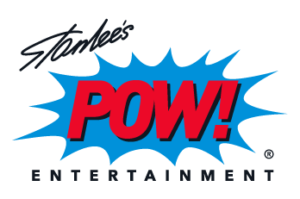 Los Angeles, CA – August 02 2019 – All American Licensing (AAL) has signed on with Stan Lee’s POW! Entertainment, Inc. to develop a comprehensive portfolio of uniquely branded products based on the global icon Stan Lee, including his name and likeness, signature, and famous catchphrases and trademarks, such as “Excelsior!”

Stan Lee was the creator of many successful Marvel characters that have generated more than $25 billion in sales at retail. He was known as the “King of Cameos” with close to 100appearances in movies and TV Shows.  Stan Lee has a growing fan base of close to 22 million followers on social media, and his name appears on over 2 billion books worldwide.

With new partners on board, including most recently Madame Tussauds, who is creating a brand-new Stan Lee figure which will officially debut in late 2019/early 2020 at either the London orNew York locations, all Stan Lee-related merchandise creates $1 billion revenue annually.

Stan Lee’s POW! Entertainment has several unique style guides, which AAL will be offering to licensees in connection with the agency’s multi-tier licensing opportunities.

Tim Rothwell, co-founding partner at All American Licensing, commented, “As a former president of Marvel Entertainment Consumer Products Group, we’ve appreciated the amazing global impact that Stan Lee has made on our licensing industry and All American Licensing isexcited to continue with his legacy in the marketplace.”

Gill Champion, Stan’s partner and loyal friend for over 18 years and President of Stan Lee’s POW! Entertainment since co-founding the company, said, “At Stan Lee’s POW! Entertainment, we don’t have a strategy – we have a mission and that is to ensure Stan’s iconic legacy lives on forever through his fans for generations to come. We’re thrilled to have partnered with the team at All American Licensing, and I have no doubt with their help we can achieve our mission.”