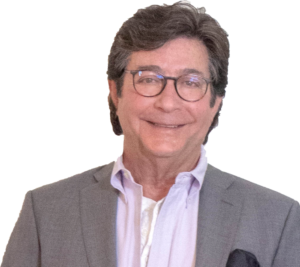 Michael Gottsegen – A Founding Partner in All-American Licensing & Management Group, Michael has been in the sales, merchandising and entertainment business for over 30 years. He has garnered numerous awards including his induction into the In Store Marketing Institute’s “Hall of Fame”. With a ten-year background as a corporate, entertainment and intellectual property lawyer, Gottsegen was most recently Vice-President of Licensing and Retail Development at IMG, the leading global agency for sports, entertainment and media. He worked with the Licensing Group to manage sales of over $7B from a portfolio of sports, entertainment and celebrity clients. Prior to IMG, he was an executive for over a decade at NBC Universal – Consumer Products Group. At Universal, he worked with filmmakers and licensees to develop top-selling branded products and created award-winning marketing promotions for such franchises as Jurassic Park, ET, Fast & Furious, Scarface as well as with such timeless, classic brands asThe Grinch, The Cat In The Hat, Curious George and Universal Monsters. Gottsegen specializes in retail development where he has developed sales programs at every tier of distribution; from mass and specialty to department chains to sporting goods and from grocery, drug and convenience stores to dollar outlets and pet chains. Gottsegen orchestrated the initial Direct-To-Retail program for Universal Studios with retail giant, Walmart.  It was known as Universal BackLot.   He also developed a myriad of other DTR programs at such accounts as Macy’s, Toys-R-Us, Walgreens to seasonal promotions at Rite Aid, PETCO, Kmart and Party City. 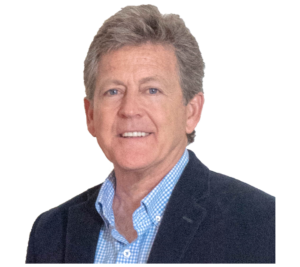 Timothy Rothwell – A Founding Partner in All American Licensing & Management Group, Rothwell is a licensing and business veteran, who has recorded the largest licensing deals, in multiple categories, in the industry. Tim served at IMG as Executive Vice President and Co-Managing Director of IMG’s worldwide licensing and consumer products division where he significantly expanded the worldwide licensing division by bringing on new corporate, celebrity and media brands. Prior to IMG, Tim was the President of Marvel Entertainment’s WW Consumer Products division managing a $5B licensing business. Mr. Rothwell helped engineer groundbreaking new franchise deals with companies such as Hasbro, Activision, and Microsoft. Under his leadership, Marvel’s licensing business tripled in size over a three-year period. Before Marvel, Tim was the Senior Vice President of Consumer Products Division at Universal Studios where he spearheaded some of licensing’s industry most significant movie event-based licensing franchises such asJurassic Park and ET. At Universal Studios he helped transform the CPG Division into a $1B recurrent global business at retail and the industry’s third largest studio licensing company. Noted for his entrepreneurial spirit, Tim also held executive roles in the apparel industry with VF Corporation and Cherokee Apparel where he was responsible for managing sales and marketing of a wide range products to key retailers including department, specialty, chains, and mass- market stores.

Don is a business executive with significant experience in sales, marketing, licensing, finance and operations. Prior to joining AALMG, Rothwell was the Executive Vice President, at Schleich responsible for North and South America.  Don significantly expanded Schleich’s retail distribution partners to include ToysRUs, Walmart, Target, TSC, Amazon, and B&N, and was the catalyst for guiding the company into licensing relationships with Warner Bros/DC Comics and Peanuts Worldwide. Prior to Schleich, Don was the V.P. Sales of Motorsports Authentics (MA), the largest licensee and manufacturer of NASCAR products.  And before MA, Don  was NASCAR’s Managing Director of Licensing Business Development and Retail, where he helped drive NASCAR’s licensing business to record levels through business development in new categories such as CPG, apparel, toys, entertainment venues and expansion into new retail channels. He also partnered with Walmart to launch the largest in-store NASCAR sports marketing promotion. Early in his career, Don held management positions with VF Corporation and American Character Classics/Mamiye Brothers.

With over twenty five years of marketing experience has extensive expertise in brand integration/product placement, cross-promotions and corporate sponsorships, Tony was most recently COO at Veritas Studios (now Cosmic Toast), an animation & live action studio which produces film and television content in the global marketplace. Prior to Veritas, Tony held the position of Vice President of Production Resources and Asset Management for NBCUniversal Studios, Universal Pictures.  He also was involved in several groundbreaking integration / marketing campaigns which were executed in conjunction with theatrical releases of a number of Universal Pictures biggest and most profitable brands, i.e. Mercedes-Benz -Jurassic Park, Mitsubishi Motors – Fast and Furious, Volkswagen – King Kong, Anheuser-Busch – The Break Up.  Tony also has formerly served as the President and Chair of the Ethics Committee, for the Entertainment Resources and Marketing Association, (ERMA) and Co-President, for the Promotions Marketing Association, (PMA).

Business Development & Sales. With over 25 years in the sales and merchandising business, including working with his family’s marketing firm, the company behind the successful “The Pet Rock”, Marc has run a multi-divisional sales organization, selling to retail (brick and mortar) and online stores. Marc’s sales contacts of approximately 65 road sales professionals, consisting of key account specialists, a creative division, a trade show team and in-store inventory groups cover over 14,000 stores. Also an accomplished musician, Marc and his sales team work with all AALMG accounts and licensees in all channels of distribution.

Founder, creative powerhouse, and innovative spirit behind OneLight Studios. With two decades of creative and production experience, Josh brings a unique advertising and digital media perspective to AAL. Throughout his career, he has contributed a diverse range of talents and skills as a producer, editor, and motion graphics artist to several Fortune 100 companies and well-known franchises, including NBC/Universal, Warner Brothers, the NFL, and IMG Worldwide. In addition to his corporate experience, Josh also spent 10 years as a freelance editor, working on promotional spots for Jurassic Park, Scarface, Family Guy, The Shield, Seinfeld and many more.

Based in Toronto, Canada, Anita is a licensing and marketing industry veteran with over 20 years experience working in the entertainment industry with  Disney, Universal Studios,  Dreamworks and Marvel.    Anita has a proven  track record of success and was instrumental in developing Canada’s national icon, The Royal Canadian Mounted Police into a multi-million dollar business. She also relaunched the Winnie the Pooh brand obtaining 40% growth and garnered a provincial tourism award, represented Mondelez International and has won accolades for her award-winning product innovations,and programs.